Business novels and dramas are underestimated, but they offer some of the best storytelling in fiction. 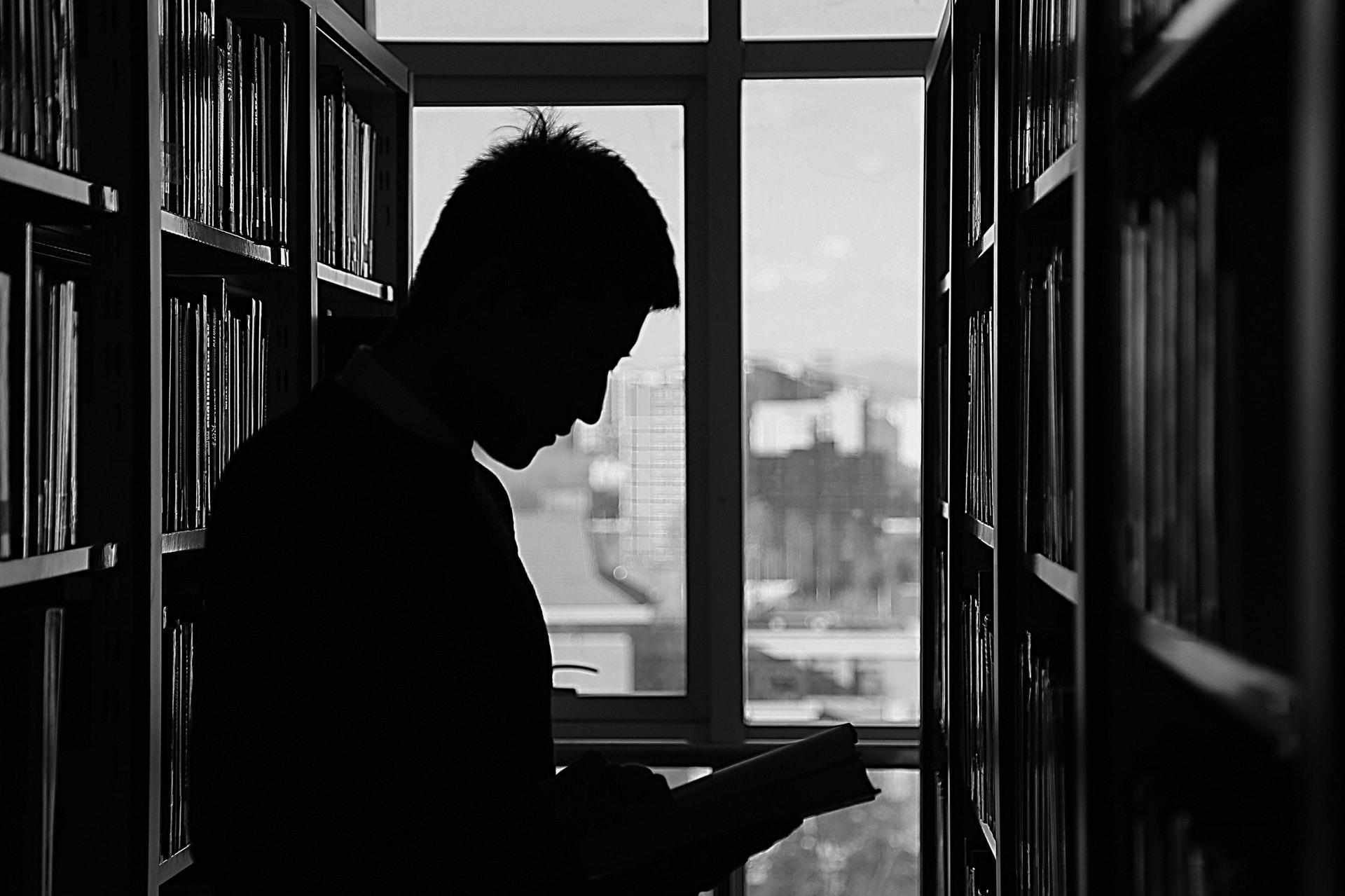 Good, plot-twist-packed corporate novels can hone your strategic thinking, give you unparalleled insight into the human psyche, and are quite simply page-turners. Yet they are having a hard time to make the masses swoon. Let’s face it: For most of us office life is dull, hence many readers ask why they should read about spreadsheets and bankers in their beds. They prefer to embark on adventures on faraway planets or look over detectives’ shoulders when catching psychopaths. But did you know that the business novel consists of five major strands, each of them holding in tote completely different worlds for the reader? Whatever industry you are trudging along in your daily lives, you will find new domains. The big five sub-categories of the corporate novel – the financial thriller, the legal thriller, the tech thriller, the office drama, and the general corporate thriller – are supplemented by a host of other overlapping and specialized niches.

This article examines the key elements that define a novel as business fiction. If you are more interested in how to tell apart a good from a bad corporate novel, you can immediately jump to my analysis here.

Obviously, the most defining feature of a business novel is that it is set in a corporate arena. Often the sub-categories run along industry-lines. A legal thriller involves lawyers and judges, while a tech thriller revolves around a seemingly omnipotent tech-corporation, often some time in the future. The geographical settings also vary. Silicon Valley is where tech fiction plays out, manufacturing novels are often set in the Rust Belt, and Wall Street is the undisputed center for financial thrillers. But regardless of the sub-genre, much of the action is driven by top-managers, which is why the ploys and power plays almost always include the boardroom. A company’s employees and executives are vying for power, trying to cover (or expose) criminal activities, or are battling a seemingly almighty cooperation.

It is very common that corporate novels, especially financial thrillers, are merged with political thrillers. When big business and high finance meet Washington DC lobbyists, agents, and government officials are added to the narrative. Frequently, they wrestle over the dismantling or rebuilding of our global economic or financial system. The survival of a nation is at stake. These can be very powerful narratives, but the author must be top-notch, or the story can quickly become laughable like a cheap action-movie.

At this point we should also clarify what is not a corporate novel. First, books that are non-fiction. Bad Blood , for example, is often included in business thriller listicles. It exposes the lies and secrets behind Theranos, one of Silicon Valley’s most cherished unicorns. John Carreyrou’s masterpiece (yes, that term is more than justified and you should check it out) reads like a thriller, but it chronicles real events and thus it is not a corporate novel. BTW: If Bad Blood was fiction, everybody would dismiss it as outright unrealistic, so make sure you grab a copy! Second, other novel types that simply happen to take place in a corporate setting. Type into Amazon boardroom novels and you will know what I mean. It will return mostly romance books and erotica. The important question here is which element dominates in a book? What is the story ultimately about? Is it about a bond trader gone rogue or about a secretary that starts an affair with a good-looking CEO? The same is true for other genre-overlaps. In a dystopian novel an evil big corporation might be at the core, but what is the major premise of the book? But the point is not to engage in academic hair-splitting. Rather, knowing the genre will make it easier for you to find the type of novel you enjoy. Luckily, you get a long way by typing your keywords into your bookdealers search mask.

To tell a thriller from a drama look at the plot

Though the terms corporate thriller/novel/drama are often used interchangeably, there is a noticeable difference. While novel simply describes the literary category of a text, drama and thriller are distinguished by the dynamism of the plot. While dramas are often a bit slower and live from building suspense, thrillers are characterized by a rapid succession of actions. Actions and counteractions follow each other with very little slack in-between. Plot-twists can, but must not be, part of both. Yet there tend to be more of them within the thriller-genre.

It is tenacious myth that thrillers are less likely to embark on the search for a deeper meaning. When I chose to make Call to Power a corporate thriller rather than a drama, I did so because I enjoy building a complex web of actions. Yet Call to Power tackles complicated issues such as digitalization, globalization, and the individual responsibility of managers, on a micro and macro level. The difference is that in a thriller those topics are pondered on through the prism of the protagonists’ deeds rather than through conversations and ruminations. And that makes thrillers so gripping. Frank Underwood, the anti-hero in House of Cards said it best: “We are all addicted to action.”

The reason why we feel so drawn to narratives within corporate thrillers and dramas is that they deal with archetypal stories. In communication science these story-types are called frames, as they make us perceive an issue through a certain angle. Those narrative structures are culturally rooted within us and ergo instinctively recognizable and familiar.

Which frame is referenced, strongly depends on the type of business fiction. Legal thrillers often use the David vs. Goliath frame. A young or ostracized lawyer is up against a giant corporate behemoth with squads of top attorneys. All the more refreshing to have books such as Rogue Lawyer by John Grisham, with a very unconventional hero. With thrillers involving spies and agents, on the other hand, the good vs. evil frame is highly popular. The roles are clear, the characters mostly black and white and mostly infallibly. The reader knows from the onset, who the bad guys are. Both, legal and spy thrillers also make excessive use of the conspiracy frame, whether it is an attempted government takeover or a big tobacco company trying to get its way in court.

And then there is the American Dream frame, in which a young and hungry character works his (yes, he’s usually male) up the corporate ladder. This from rags to riches storyline is especially popular in the US but works in most other countries too. It is a great setup because it guarantees conflict between the characters per default. Business is the most equalizing arena of our society, so when a working-class character rises and battles those from power and privilege, conflict is pre-programmed as two opposite world-views clash. Moreover, there is little black-and-white in this frame. Whatever the socio-economic background of the characters, their methods and ethics are not dictated by it. You find smart, evil, and honorable individuals in all social layers.

The corporate novel features some very specific prototypical characters. Backstabbing colleagues, greedy bond traders, and psychopaths that masterfully navigating the murky, shark-filled corporate waters are common personalities we do not encounter anywhere outside business novels. But there is no role as prominent as the high-powered CEO, who in most stories is a vile, scheming and omnipotent ruler, mostly the antagonist to an upright protagonist. Those roles work perfectly fine, but when skilled authors play with them and tweak them, as readers we get the feeling of a unique novel.

The better thrillers have a more dynamic character setup, in which there are more than two major opponents. The C-Suite usually bursts with plenty of strong, highly ambitious personalities and thus plenty of conflict potential. Better works also feature managers with different backgrounds, motivations, and personal ways – those are the ones that will actively drive forward the plot. This is, no question, very difficult to write. And it can be challenging for the reader too. But the rewards are very high. And besides: Readers of corporate novels are quite smart; they enjoy the challenge. I can tell firsthand that creating many characters with their own backgrounds, their own life-stories and ambitions, takes months. Yet without sizzling characters, the best story will bore your readers.

As you see, corporate novels do not necessarily have to involve a crime-element, albeit many do. More defining are the business setting, the character types we encounter, as well as the conflicts that swirl at the core of the novel. Put shortly, corporate thrillers are boardroom intrigues and deceptions, just as nepotism and quid-pro-quos. They are cloak and dagger tactics, just as business scandals and power plays. They are corporate America’s most captivating stories that give a you a crash-course about human nature. Read here how to tell good business fiction from bad one. Or immediately look at 10 great corporate novels I have enjoyed and suggest you read too [link].

Notice: As an Amazon Associate I earn from qualifying purchase

Jack Page is the author of Call to Power, a fast-paced corporate thriller. Jack writes straight out of the boardroom of the world’s top finance and banking companies and is the winner of multiple book awards.